From our friends at the Washington Wizards...

A1 Chops and Tylan to Also Perform

The Wizards Postgame Concert Series is taking it back to the 90s when R&B group Dru Hill and rapper Ma$e will perform following the game against the Dallas Mavericks on February 7.

Originally from Baltimore, Dru Hill had numerous top 40 hits including “In My Bed,” “Tell Me,” and “How Deep is Your Love.” Joining them will be Grammy-nominated rapper Ma$e, who has had five U.S. rap top singles and six Billboard Hot 100 Top 10 singles including “Mo’ Money, Mo’ Problems,” “Can’t Nobody Hold Me Down” and “Been Around the World.” 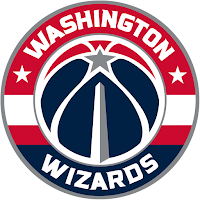 DJ QuickSilva will host the postgame concert which will also feature up-and-coming artists A1 Chops and Tylan.

Fans can attend the postgame concerts free of charge with the purchase of a game ticket for that night’s game. For ticket information, call (202) 661-5050 or visit https://www.nba.com/wizards/concertseries.

Fans can purchase tickets by visiting WashingtonWizards.com, any local Ticketmaster outlet, including the Capital One Arena box office, or by phone at 1(800) 745-3000.
DC Outlook at 6:20 PM
Share
‹
›
Home
View web version