Rotten Tomatoes Plot: The Bad Boys Mike Lowrey (Will Smith) and Marcus Burnett (Martin Lawrence) are back together for one last ride in the highly anticipated Bad Boys for Life. Directed by Adil El Arbi and Bilall Fallah. 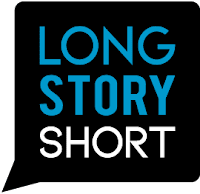 What's Good: Smith still has (a little) gas left in the tank, but he's the only positive in a movie filled with glaring negatives.

What's Not: Amateurish direction (Michael Bay, we miss you) cheesy visuals, disjointed casting (Vanessa Hudgens?) and recycled everything. Plus one over-the-hill, overweight ex-comedian (guess who?)

Target Audience: People who think the opening theme from Cops is still cool (yet alone relevant.)

Bottom Line: I laughed (only) once, but it doesn't take a D-list movie critic to predict this was a bad idea from the start. Bad Boys II was almost 17 years ago, and time hasn't been kind to everyone involved. Hence the January opening, and what should be a (very) short stay atop the weekend box office.

Grade: D (Did I mention DJ Khaled is in it? How's that for "happening?")